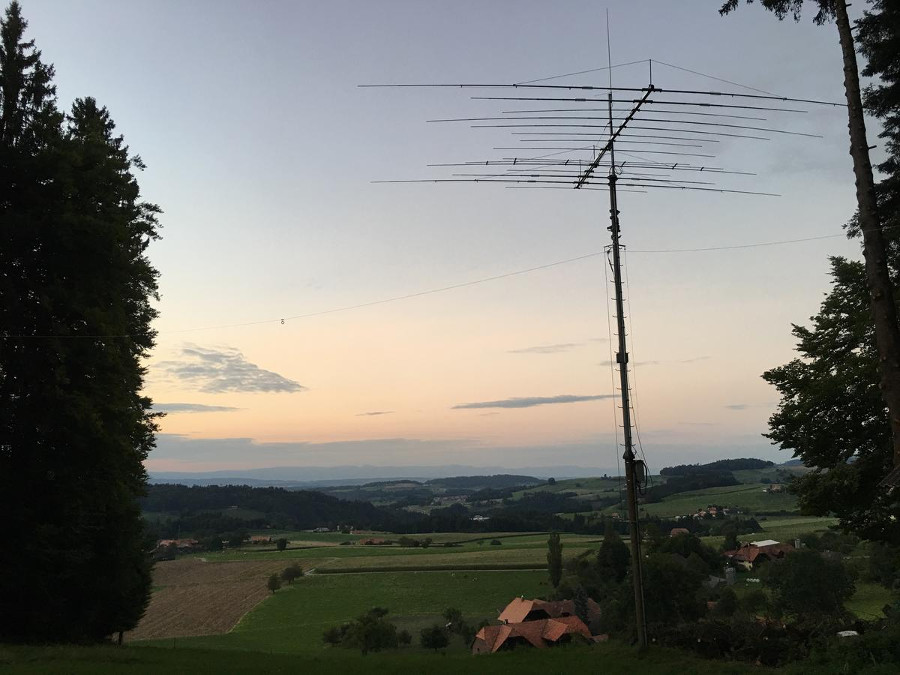 What seemed impossible just a few years ago is now reality: a global network of SDR receivers that allows to monitor the HF spectrum from each corner of the world, so to say. The project OpenWebRX by András Retzler (HA7ILM) made it possible. This is based on some Linux software enabling the KiwiSDR receiver to run in multi-user mode over a network. KiwiSDR is a “cape”  for a Beaglebone board (something that other platforms call a “hat” or a shield” ) . Beaglebone is a very powerful microcomputer, based on an  ARM Cortex A8 CPU, mit dem using the Linux OS.

Since its beginnings in 2015 the network of OpenWebRX receivers has grown to almost 300.

On the site sdr.hu these are listed and can be used online, making it possible to monitor the HF spectrum from each of these locations.

Marco, IS0KYB, supplemented this with a very interesting web application, showing all KiwiSDR receivers listed in sdr.hu on Google maps, and coloring them according to their signal-noise ratio. This is done for four different band segments (0 – 2 MHz, 2 – 10 MHz, 10 – 20 MHz, and 20 – 30 MHz). Thus you can see with a glance which receivers are particularly suitable for monitoring  a band segment (which of course depends largely on the antenna used by that station, and the noise level of the surroundings). With one click the measured values of a station are shown for each band segment, and with one further click you are directed to that particular receiver – and now you can listen in and tune to a frequency of your liking on that particular receiver.

With great satisfaction the hamspirit.de team noticed, that their own KiwiSDR (run in cooperation by Silvio (DM9KS), Matthias (HB9EHO) and Frank (HB9FXQ) in a location south-west of the Swiss capital Bern) shows the best SNR of alls SRD receivers in the band segment from 2 to 10 MHz. This is partly due to the excellent Optibeam antenna that delivers input voltages so high that it required an attenuator between the antenna and the receiver (see Frank’s review of the Kiwi SDR in our German blog), and of course the very quiet location in the middle of a nature park also contributes to the good signal noise ratio.

Have we piqued your interest? Then you should bookmark the link to our KiwiSDR, which can be reached at http://kiwisdr.hamspirit.de:8073.