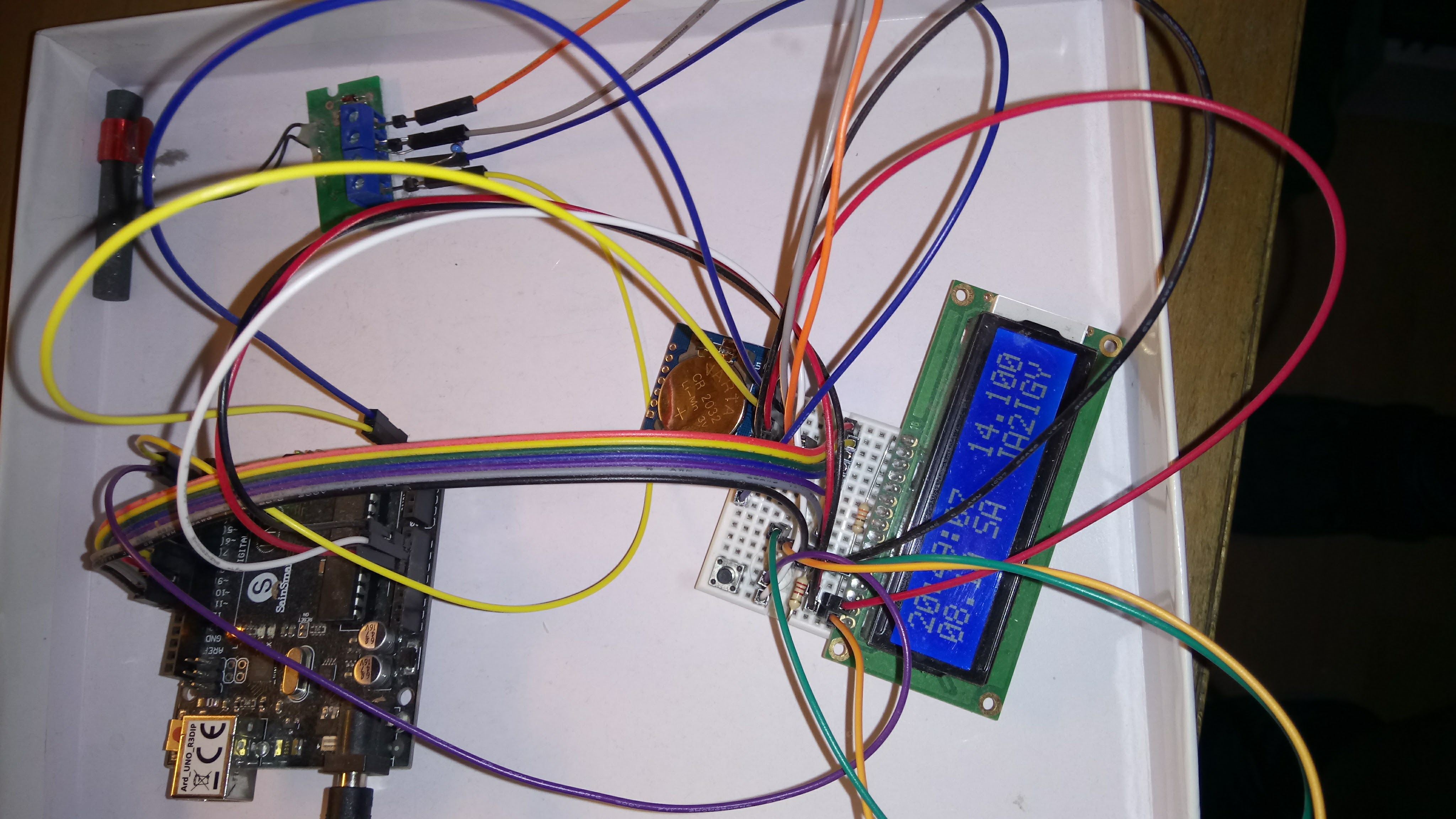 A precise station clock with indication in UTC is probably needed by every ham who’s active on the shortwave bands. And when it also indicates what beacon of the international beacon project (run by the Northern California DX Foundation in cooperation with the IARU) currently transmits on a specific band, then you might say that this comes very close to a perfect station clock.

Exactly that has been realised by OM Gerald, OE3GOD, on the basis of an Arduino Uno and a DCF77 receiver. In addition to that, a real time clock is used, so that it still works if DCF77 can’t be received, an inexpensive 2-line LCD display and a button to switch between the bands (which could be saved when using a bigger display, so that all bands can be indicated at once).

The international beacon project works as follows: 18 beacons spread around the globe transmit their own call sign using different time slots on five frequencies ( 14.100,  18.110,  21.150,  24.930 and 28.200 kHz) in telegraphy (with 22 WPM) followed by a second of continuous wave with 10 W, 1 W and then 100 mW. Every beacon has a slot of exactly ten seconds on every band, then it alternates to the next band. Therefore, on every band exactly one beacon is active at any time and the station clock indicates the call sign of the specific beacon where the frequency of interest is chosen using a button. If you observe those frequencies with a receiver, you can get an idea of the propagation on the 20 m to 10 m bands in three minutes.

For the time basis of the station clock a GPS receiver could be used as well, but Gerald has settled for a DCF77 receiver and a real time clock, out of simplicity, which is absolutely sufficient for this task even if the signal can’t be received for some days (the clock shouldn’t have a deviation of more than a second in a week).

Gerald has placed the documentation of his project (including the Arduino sketch) on Github, so that a reproduction should be possible without major issues – maybe an ideal project for someone, who wants to make himself/herself familiar with Arduino for the first time. If you’re already somewhat familiar with the matter, you can also try to use a display that accommodates more information – then no button is needed to select the band of interest, but you will then have to fine-tune the Arduino code for the display, to neatly indicate all bands.

0 comments on “A station clock with a NCDXF beacon indication”